Our mission is to make remote support better than in-person support. 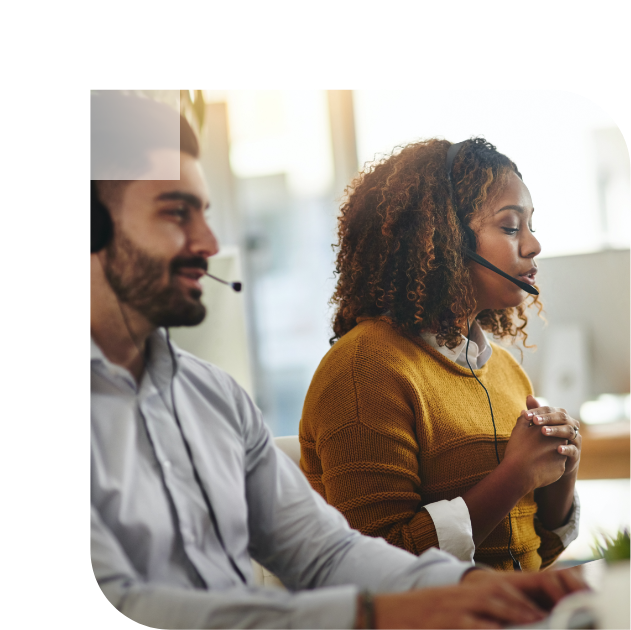 Viewabo provides a service that allows customer support agents to request access to smartphone cameras so that customers can send real-time video of issues without using an app, making it faster for agents to understand and resolve customer issues.

Trying to understand and resolve difficult customer issues in email, chat, or over the phone is often frustrating for everyone. Not only could it take a long time to figure out what the issue is, but also the issue might not get resolved if agents can't see if customers are fixing it correctly.

How a casual conversation sparked a quest to make remote customer support better.

One afternoon, George Cheng, was having a conversation with a friend, the CEO of a fast-growing company, about a new offering they had previously launched. It was selling very well, but they kept getting technical support requests that they couldn’t easily resolve through email, chat or phone.

It reminded George about the frustrations he had when providing tech support over the phone for his mom. Instead of having her verbally describe the problem, George would have her use video chat on their phones to show him the problem. George suggested his friend do the same with his customers. But his friend said it doesn’t look professional using a consumer video chat app and more importantly, for record-keeping, his company needed to keep a recording of the video tied to the support ticket.

George suggested he could build a service that would enable a support agent to request access to a customer’s smartphone camera – without the use of an app – and to have everything integrated with the help desk system that his friend’s company was using. His friend got excited and agreed to use the service when it became available.

George spent the next two months developing a working prototype then presented it to his friend and his customer support team. Upon seeing the demo, a support agent raised his hand and asked, “Can we have this today?” George soon realized that there was still a lot of room for improving the customer support experience and started on a mission to make remote support better than in-person support. And thus, Viewabo was born. Viewabo provides a service that allows customer support agents to request access to smartphone cameras so that customers can send real-time video of issues without using an app, making it faster for agents to understand and resolve customer issues.

We are backed by venture capital investors such as Hive Ventures, 500 Global, Draper Associates, and other investors. Our investors have invested in notable companies such as Coinbase, Baidu, Box, Robinhood, Skype, Tesla, Twitch, Webflow, Grab, Canva, Gitlab, Intercom, Carta, Udemy, Talkdesk, and many others.

"Video is the natural successor as it improves comprehension and enables real-time resolution, yet requires no in-person contact. We believe that there is strong potential in Viewabo’s model to empower modern customer support teams, especially in the digital future"

“With the pandemic accelerating the adoption of video calls, Viewabo is building web-based interactive tools that can enhance the customer experience when dealing with everyday issues. Thanks to its dedicated team, we believe the company has the potential to become the next-generation video customer service platform,”

“Remote customer support has become critical for the computer. Now Viewabo can do it for your smartphone. We at Draper Associates like the team, the product, and the market. Go Viewabo!”